The Rev. Andrew L. Packer - Pastor and Teacher
Pastor Packer was ordained and installed as the pastor of Our Savior on June 24, 2012. God has blessed him with Destiny, his wife of 17 years, and with six children – Ethan, Abigail, Allison, Olivia, Lucy, and Micah.  He has a B.A. in Biblical Studies from Simpson University, Redding, California (2002), and a M.Div. from Concordia Theological Seminary, Fort Wayne, Indiana (2012).  He also serves as an Associate Editor of The Steadfast Lutherans website and has served on the Board of Directors for Wittenberg Academy.

Anette McInnis - Preschool Director and Butterfly Room (Pre-k)
Anette has been with Our Savior Lutheran Preschool since 1997. She has a bachelor’s degree in Spanish with a minor in business and is Large Center Director Qualified under Colorado State Licensing. She has lived in this area all her life. She is married and has two boys. Sarah Osborn - Caterpillar Room (3-year-olds)
Sarah Osborn has lived in Pagosa Springs for four years. She was born and raised in El Paso, Texas and graduated from Baylor University in Waco, Texas with a Bachelor of Science from the College of Education. This is her fourth year working at Our Savior Lutheran Preschool. The first two years she had the privilege of being a teacher’s aide which allowed her to learn from and observe some of the best teachers around. She is entering her second year of full time teaching and she has not found a greater joy in life then teaching. She loves spending each day with these little ones.

Marilyn Brondos - K-2nd Teacher
Marilyn Brondos joined OSLS in 2019.  She received her B.S. in Education from Concordia College in Seward, NE in 1981.  She also has been married to Joel since 1981. They are blessed with four boys and their families: Caleb (Meghan), Jason (Taylor, sons Athan and Abram), Andrew, Ben (Melissa).  She enjoys teaching a classical Lutheran curriculum to primary grades.

Destiny Packer - Middle School Teacher
Destiny Packer has been married for 18 years and has been blessed with 6 children, many of whom attend the school.  She holds a Bachelor’s degree in Education from Simpson University in Redding, CA.  She has taught in many different capacities over the last 14 years including parochial schools, charter schools, homeschool cooperatives, and Classical Conversations.  She joined OSLS staff in 2017. 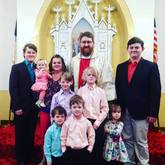 The Rev. Joel Brondos - Middle School Teacher
After serving as a parish pastor and headmaster for over thirty years in Midwestern congregations, Pastor Brondos has chosen to semi-retire in Pagosa Springs with his wife Marilyn. In 2008, he was selected as middle school teacher of the year in the Northern Illinois District of The LCMS, and in 2019 he was inducted into his high school's Hall of Honor. He currently assists in teaching geography, history, and literature in Grades 5-6 while he pursues writing and studies in the areas of classical education and Lutheranism. 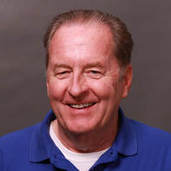 John Widmer - Pastor, Lutheran Mercy Care Ministries
​John has been involved in the jail ministry since 2002 and the after care ministry since 2014. As a Pastor at Our Savior Lutheran Church in Pagosa Springs, he is responsible for Jail and Prison Ministry. He serves the Archuleta and La Plata County Detention Centers and at the Guadalupe County Correctional Facility in Santa Rosa NM. He also ministers at the New Mexico Prison as a member of the New Mexico Chapter of Kairos Prison Ministry International. John brings a unique perspective to the ministry as he has seen both sides of the fence and shares his testimony at workshops, conferences, and with inmates. ​ 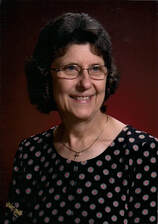 Leah Hellerich - Organist, Middle School Teacher, Music Teacher,Librarian
Leah Hellerich is a retired teacher with a BS Degree in Education from Concordia Teacher’s College in Seward, NE, and a Masters of Liberal Arts Degree from Baker University in Baldwin City, Kansas.  She taught at Topeka Lutheran School in Topeka, Kansas, Holy Cross Lutheran School in Kansas City, MO, and in the North Kansas City School District for a total of 25 years.  She has also played the organ for 42 years since graduating from CTC in 1975.   She currently serves as full-time Liturgical organist and music director at Our Savior Lutheran Church.  This year she is serving as one of our middle school teachers. She also serves on the Board of Christian Education and volunteers as the music teacher and librarian at Our Savior Lutheran School.